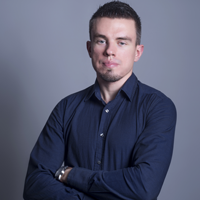 I am an assistant professor at the University of Cambridge. My fields of research are econometrics, network econometrics, and machine learning.

This paper considers the problem of making valid inferences with network data. In general, data is dependent when the underlying entities form a network; however, the exact nature of the relationship between network topology and data dependence is not clear. Accounting for dependence between network entity attributes is instrumental for valid inferences, but this has received little formal treatment and tends to be neglected in practice. The main contribution of this paper is to provide a formal framework for handling the dependence of network data, giving rise to new ways of making inferences. The proposed estimators can be easily implemented in practice and require a single network observation. Laws of large numbers, consistency of autocovariance function estimators, and a central limit theorem are proven. A number of theoretical and empirical applications of the provided framework are presented.

A Pearson Statistic for Conditional Distribution Model Checking (with Miguel A. Delgado)

We propose a cross-classification rule for the dependent and explanatory variables resulting in a contingency table such that the classical trinity of chi-square statistics can be used to check for conditional distribution specification. The resulting Pearson statistic is equal to the Lagrange multiplier statistic. We also provide a Chernoff-Lehmann result for the Pearson statistic using the raw data maximum likelihood estimator, which is applied to show that the corresponding limiting distribution of the Wald statistic does not depend on the number of parameters. The asymptotic distribution of the proposed statistics does not change when the grouping is data dependent. An algorithm allowing to control the number of observations per cell is developed. Monte Carlo experiments provide evidence of the excellent size accuracy of the proposed tests and their good power performance, compared to omnibus tests, in high dimensions.